“The incredible photos of the most beautiful places in the world that will take your breath away”. Start with these words the article of the famous American magazine “Reader’s Digest” that has selected this photo as the one representing Italy.

The Castle of Rocca Calascio and its ruins, therefore, has been selected and enters the list “50 Jaw-Dropping Photos of the World’s Most Beautiful Countries”.

Rocca Calascio, a small village in the heart of the mountains of Abruzzo, returns to international prominence and the Reader’s Digest presents it using these words: “The Rocca Calascio in Abruzzo is the highest mountaintop fort in all of Italy and one of the oldest, with construction having commenced by the 10th century. Badly damaged by an earthquake in the 18th century, it has not been restored, but it stands as a beautiful ruin in the San Grasso National Park”.

Obviously in the original article, which you can read here, there is a misprint: San Grasso, instead of correctly Gran Sasso 🙂 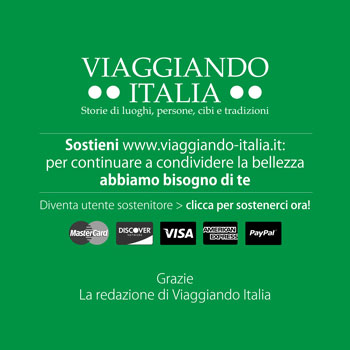