Have you already visited the Cardona Bridge, the geographical center of Italy? 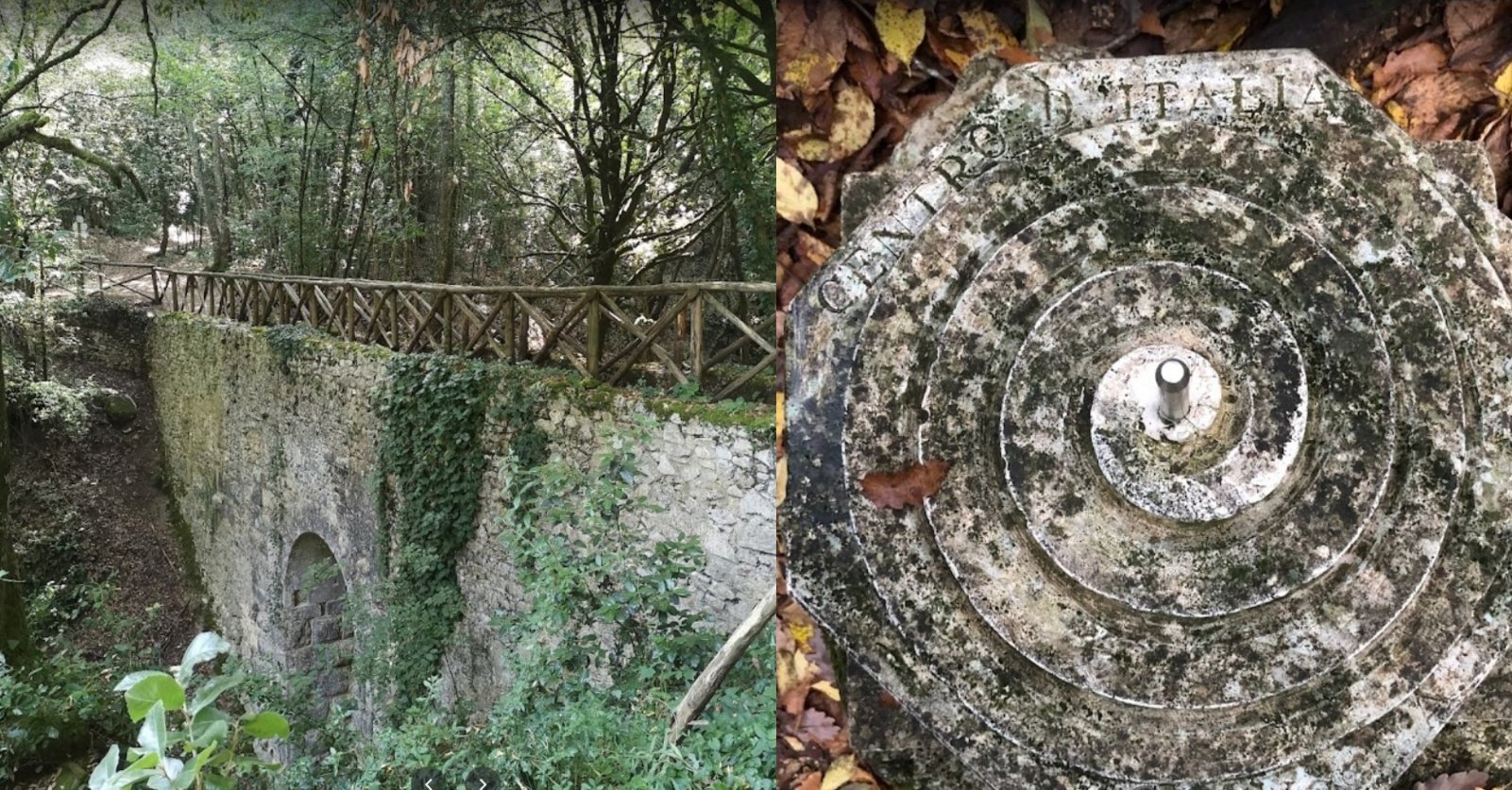 Cardona bridge is one of the four Roman bridges that are located along the path of the Formina aqueduct. The geographic center of peninsular Italy conventionally falls near it.

Today its beauty emerges from the vegetation as the aqueduct is no longer used, and can be visited independently by following the well-traced paths recently in the woods.

Is it really the geographic center of Italy?

In the 1990s, the Peninsular Center of Italy in Umbria was identified by the Military Geographical Institute of Florence, precisely in Narni, where the stone was placed close to the Cardona Bridge.

An ancient wood, crossed by the Roman aqueduct of Formina, which brought water to the city of Narni until 1924.

The historical presence of Francis of Assisi in the nearby Speco contributes to the perception of a spirituality of the place that can still be perceived as a vital energy that the surrounding environment transmits.

Where is Cardona bridge located?

Il Ponte is located in the locality of “il Montello”: it can be reached through a path accompanied by large oaks and holm oaks. It has a single slightly raised round arch and retains the original structure.

St. Patrick’s Well. How much is the ticket to this legendary place?

Do you know why Narni inspired the name of “The Chronicles of Narnia”?

Do you know why Narni inspired the name of "The Chronicles of Narnia"?