How to make Ferratelle? First of all, it must be said that this tasty “biscuit” in Abruzzo can take different names: cancellate, neole, pizzelle. Basically, the recipe and the procedure are the same.

They are prepared with a mixture of eggs, sugar, oil, wine and flour and are cooked on a double red hot plate, traditionally called ferro.

They can be soft or crunchy, flavored with anise, lemon, cinnamon. There are many variations and each family jealously guards its own recipe. They are usually served spread with hazelnut and chocolate cream or a veil of jam.

What ingredients do you need?

To prepare your Ferratelle at home, you need:

Which procedure do we recommend you?

Now you can proceed with cooking

Now some ideas to combine them with

The Abruzzese will surely tell you that Ferratelle are tasty even this way, natural, but you will also find many others (perhaps the greediest ones) who will advise you to enjoy them with grape jam, jam, honey or the inevitable Nutella.

Now the “secret” we promised you …

What is the real difference between the soft ones and the rigid ones?

The real and most obvious difference between soft and rigid ferratelle is in the height, but the reasons also lie in the type of dough used and in the type of ferro used for cooking.

In fact, the recipe for rigid ferratelle, which are more crunchy, requires less use of yeast and eggs because they do not have to grow back much, unlike soft ferratelle which, instead, need more yeast to become soft.

Besides the different quantity of ingredients and the type of preparation, the most important difference between the two types of ferratelle is in the type of plate or “iron” that is used to cook them. In fact, for the soft variant, unlike the rigid one, an iron with deeper grooves is used to allow greater regrowth of the wafer during cooking.

Join Viaggiando Abruzzo (official group) to see more photos and to send yours. 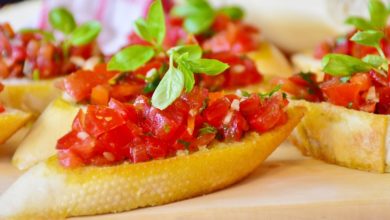