How to visit the Royal Palace of Caserta, the historic royal residence of the Bourbons of Naples? Find out the details 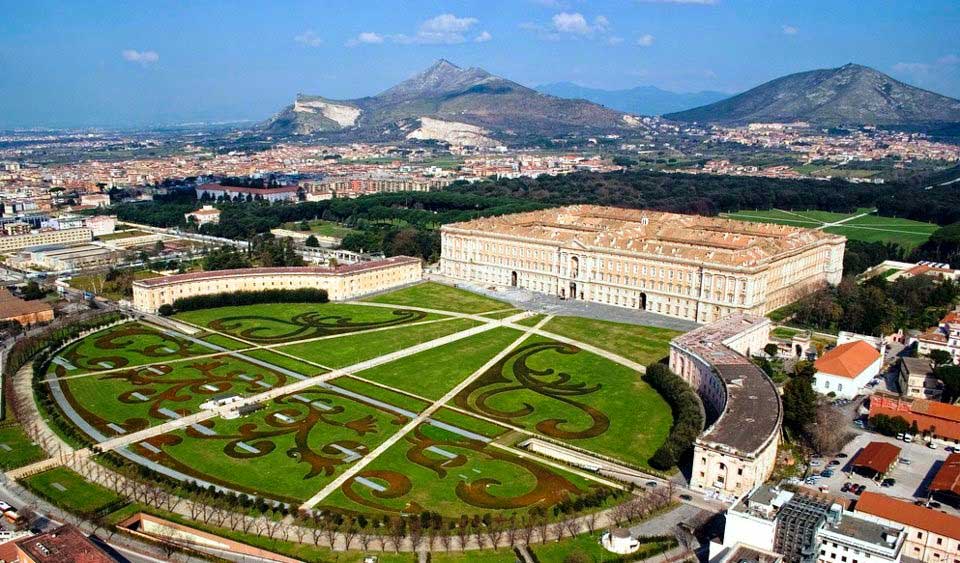 How to visit the Royal Palace of Caserta? The Royal Palace of Caserta is a royal residence, historically belonging to the Bourbons of the Two Sicilies, located in Caserta. Commissioned by Charles of Bourbon, the laying of the first stone, which started the construction work, took place on January 20, 1752, based on a project by Luigi Vanvitelli: this was followed by his son Carlo and other architects. The palace was completed in 1845.

Together with the Carolino aqueduct and the San Leucio viewpoint, it was included in the UNESCO World Heritage List in 1997. It is also one of the Italian state museums, which, in 2016, was granted special autonomy by the Ministry of Culture.

How to visit the Royal Palace of Caserta? Book your ticket

From 1 July to 16 October 2022 the Vanvitelliano Complex expands its cultural offer with the exhibition Fragments of Paradise. Gardens over time at the Royal Palace of Caserta. The Royal Palace of Caserta tells the story of the gardens of Italy from the Renaissance to the early nineteenth century, with about two hundred works, some unpublished, from prestigious Italian and European museums and institutions, as well as from private collections, libraries and other public institutions .

Among the many artists, such as Gaspar van Wittel, Claude Lorrain, Paolo Anesi, Pietro and Gianlorenzo Bernini, Hubert Robert, Hendrick van Cleve III, Jules-César-Denis van Loo, Giusto Utens, Joseph Heintz the younger and other famous landscape painters . A prominent role naturally belongs to Jacob Philipp Hackert who has dedicated many works to the gardens and landscapes of Campania and southern Italy. The result is a kaleidoscope of representations which, in the diversity of landscapes, cultural models and lifestyles, evoke, through contact with nature, the lost Eden to which man has always aspired.

In addition, until 11 September, the exhibition The Little Prince is open in the Palatine Chapel. Giuseppe Sanmartino at the Royal Palace of Caserta which starts from the discovery, in the deposits of the Vanvitellian Complex in the early months of 2021, of the marble sculpture by the artist Giuseppe Sanmartino.

The sculpture portrays a life-size infant identified with the Royal Infante Carlo Tito di Borbone, the first-born male of King Ferdinand IV and Maria Carolina of Austria. The Real Infante Carlo Tito di Borbone by Giuseppe Sanmartino is the rediscovery around which the exhibition collects works of various kinds, linked to the days that saw the birth of the heir to the throne of the Kingdom of Naples.

Book your ticket. Here are the various types

What to do with children in the Eur Park in Rome?

The 7 cycle paths, between sea and nature, that we recommend you can go through

The 7 cycle paths, between sea and nature, that we recommend you can go through