Abruzzo, Italy. Have you ever tasted “Sise delle Monache” (Nun’s tits) a typical sweet made in Guardiagrele? 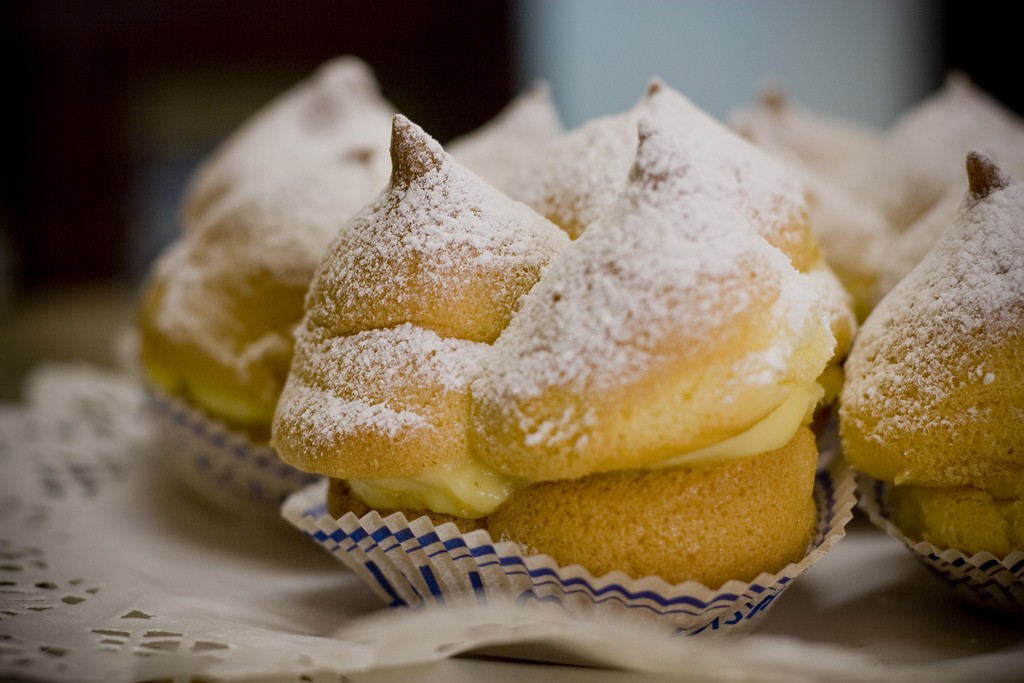 La Sise delle Monache (Nun’s Tits), or Tre monti (Three mountains) is a typical Abruzzese sweet produced in the little village of Guardiagrele, in the province of Chieti, Abruzzo.
Among the various legends, the name could had be origin from a singolar behavior of some nuns that they used to insert in the center of her chest a protuberance made with cotton to make the breast less noticeable.

More likely, the typical shape of this swwt would refer to the Gran Sasso d’Italia (2912 meters), the Majella (2793 meters) and the Sirente-Velino (2487 meters), which represent three mountain massifs of Abruzzo, the highest of the entire Apennine range.

This also justifies the name of Tre monti, with which even the dessert is known. Two layers of sponge cake, filled with custard, with the shape of three protuberances.

Abruzzo. Gran Sasso, Lake Pietranzoni. Which music would you play as a soundtrack for this emotion?

ADVERTISEMENT
Abruzzo. Wild horses in the snow-covered peace of Campo Imperatore like in a Federico Fellini’s movie
Abruzzo. Do you know the village of Goriano Sicoli, one of the most beautiful villages in Italy?
Taste. Why do aperitifs make you hungry? The answer between chemistry and psyche
Watch the new spot about Montepulciano d’Abruzzo wine live on RAI, Mediaset and La7 channels
Oscar-winning director Paolo Sorrentino chooses Abruzzo region in Italy for his new movie
ADVERTISEMENT
Tags: cakecosa visitare in italiadiscovery italydove andare in vacanza in italiadove viaggiare in italiaitalian sweetnun's titssise delle monachesweetthings to do in Italytittitstraveling to italyvacanza in italiavacanze in italiavisit italyvisitare italiawhat to do in italy
ShareSendTweetShareSend
Previous Post

Abruzzo. Gran Sasso, Lake Pietranzoni. Which music would you play as a soundtrack for this emotion?