The Sistine Chapel was originally known as the Main Chapel, in Rome, Italy, also called the Great Chapel. Today the chapel bears the name of Sixtus IV, the Pope who restored it completely between 1477 and 1480.

The Sistine Chapel and Michelangelo

Michelangelo‘s undertaking for the decoration of the Sistine Chapel began in July 1508 and involved a very long work of enormous complexity. The first complexity directly concerned Michelangelo’s artistic training since he was a sculptor and not really a painter and, until that moment, he had never tried the fresco technique.

It might have seemed an irrational, crazy, almost desperate attempt. But it was precisely from the courage of the client and the artist that one of the most beautiful works of art in Vatican City as well as in the whole world and in the history of art emerged.

The Sistine Chapel is the vault under which the Conclave for the election of each new pope takes place and Michelangelo’s work lasted 4 years, from July 1508 to October 1512.

The dimensions of the vault that the artist found himself frescoing are about 5 thousand square meters, deriving from 40 meters in length and 13 in width with a height of just over 20 meters. To understand its real dimensions we must think of it as a 7-storey high building.

During the works he also learned all the painting techniques unknown to him. In addition, the curved surface of the vault requires rigorous studies and projects concerning the perspective. Despite this, we can still admire an artistic jewel that is still unsurpassed in many ways. 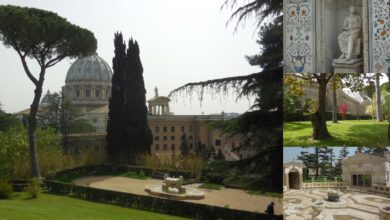 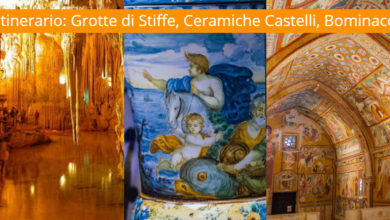