They are very simple desserts, but maybe it’s just the legend that hides and for the different theories about their name that make them so unique. The “Sise delle Monache” (Nun’s tits) or “Tre Monti” are typical sweets of the village of Guardiagrele. These are two layers of sponge cake, filled with custard, with the shape of three protuberances, or the three mountains or “Sise” (tits). Often they are served together with a brush that is useful for dusting clothes from the abundant icing sugar that inevitably rises in the air and falls on sweaters, jackets and trousers.

There are several theories that explain its name. The first one wants the original name of the cake to be “three mountains” in reference to the actual mountainous nature of the districts of Guardiagrele. It is also said to refer to Gran Sasso d’Italia, Majella and Sirente-Velino, which make up the three mountainous massifs of Abruzzo, the highest in the entire Apennine range. Then the name was mischievously transformed into “nun’s tits” thanks to a certain Modesto della Porta who one day saw some more whitened pastes than usual because of the excessive icing sugar and said: “Madonna! how they are white and straight and pointed, they really look like ‘sise de mòneche'”.

The second theory is based on the fact that, in the time when these sweets were invented, nuns to cancel their feminine forms and assume a more spiritual physiognomy, used to insert a cloth bundle between the two breasts to make the surface flat, without prominences.

The third thesis, less imaginative and more realistic, simply says that the “sise” are called “delle monache” just because they were invented by the nuns. Then obviously the word “sisa” takes on a different meaning: a name like others for the nuns, but a reference to women’s breasts for the “mischievous” laity.

Here is the photo from the visit to the pastry shop Emo Lullo of Guardiagrele opened in 1889. 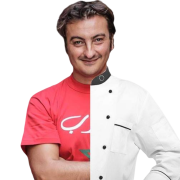 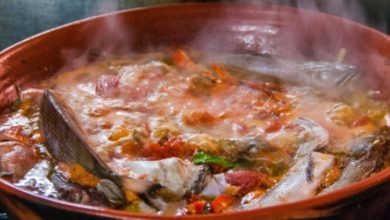 Here are the 5 foods for a top summer in Abruzzo (maybe you will gain weight, but happily)